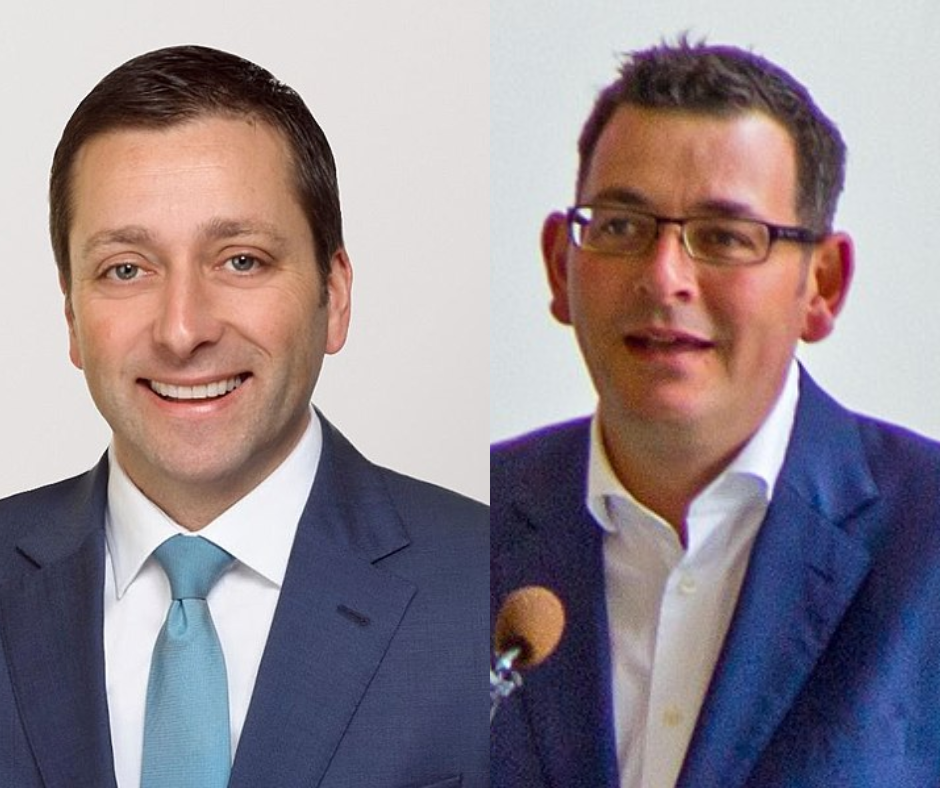 Victoria’s election today takes place against a backdrop of a pernicious war on Christians.

Christian schools have lost the freedom to hire staff who will uphold the Christian values of the parent community. They are not allowed to be Christian.

It’s a crime, punishable with jail, for anyone (including a parent or doctor) to dissuade a child from doing irreversible harm to his or her body through gender “transition”.

Prayer is also criminalised in Victoria, even if someone asks for prayer.

The Liberal Leader Matthew Guy supports the Change and Suppression Act and says it will stand if he is elected. Shame.

A child’s gender can be transitioned at school and it is government policy to hide this from parents.

The Liberals are silent on this and so many outrages of Andrews Labor. Silence is acquiescence and makes the Liberals just as culpable.

These Liberal party-funded lawyers will simply litigate against Christians and others who refuse to genuflect at the rainbow flag.

“Opposition Leader Matthew Guy, a profile in political cowardice, has given in on almost every case.”

Guy expelled pro-life champion Bernie Finn from the Liberal Party. Then last weekend, he kicked Christian Renee Heath out of his party room because of her views on marriage, “transgender reproductive rights” and human rights for unborn babies.

Woke Essendon may have booted Andrew Thorburn, but the party of Menzies and Howard also booted a Christian for being Christian.

No one should be surprised that Family First is preferencing against Matthew Guy and James Newbury in their seats of Bulleen and Brighton.

But anyone who thinks the Liberals will make things better, is deluded.

“This is a dangerous turn for Australia. Andrews is leading a charge of intolerance and bigotry against Christianity, and Guy’s Liberals are too cowardly to offer an alternative.”

This is why Family First is in the fight. We can’t rely on the Liberals anymore.

Hundreds of volunteers will today be staffing polling booths with a positive message for family, for life, for freedom for faith. Many have been working these past two weeks on pre-poll, braving Victoria’s erratic weather.

Our team of 104 candidates have heroically put their names forward publicly, risking being cancelled in their workplace and community, so that your values can be on the ballot.

Whether or not Family First is successful in getting our quality Upper House candidates elected to Parliament, our supporters have succeeded in re-building an essential political movement for the future. We’ve only just begun.