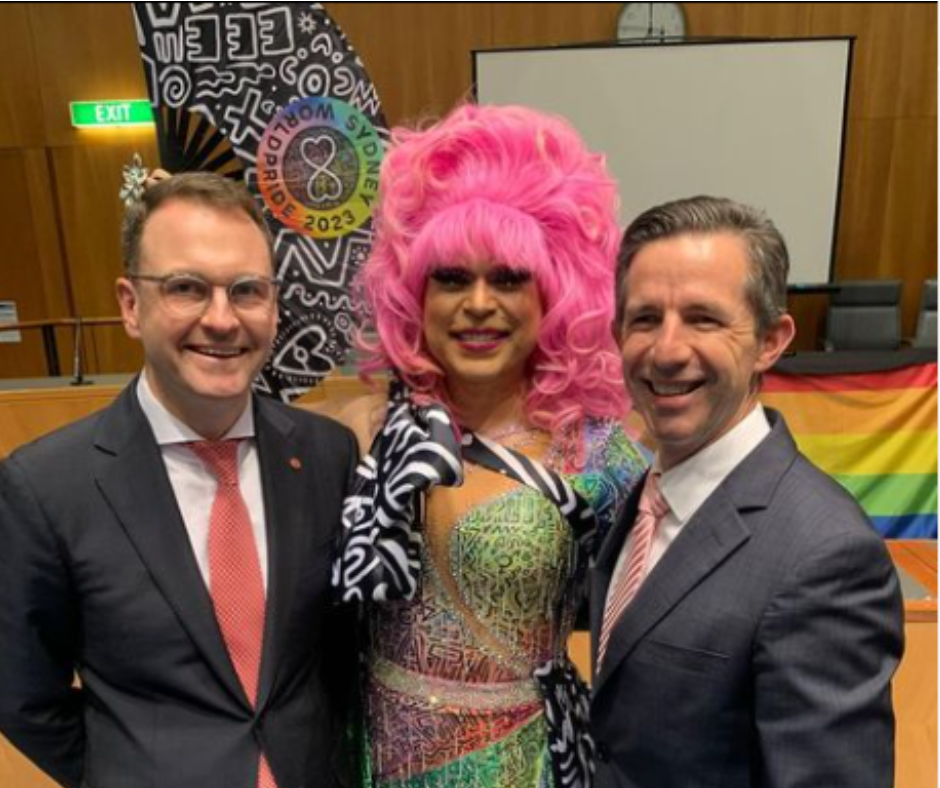 Despite a ten-fold jump in children presenting with confusion about their gender, prominent Liberal and Labor politicians continue to put children at risk by promoting gender-fluid ideology.

Yet prominent Liberal Senators Simon Birmingham and Andrew Bragg happily posed with a drag queen at Parliament House to promote World Pride Day which will be in Sydney next year.

This occurred days after News Limited papers revealed that the number of children with gender confusion presenting to public child gender clinics jumped from just 211 in 2014 to 2067 in 2021.

The News Limited revelations prompted One Nation leader Pauline Hanson to push for an urgent Senate Inquiry but this was voted down.

Bragg, Birmingham and other “modern Liberals” voted with Labor and the Greens.

Labor Senator Louise Pratt, one of the key activists who pushed to remove gender diversity as a distinctive of marriage, told Parliament puberty blockers for children were fine.

“Puberty blockers are not permanent. They’re a healthcare option at an enormously stressful time for young trans people, and they give adolescents a chance to develop emotionally and cognitively before making further decisions.”

This of course is hotly contested, as the Cass review found.

Pratt went on to say: “Data shows these treatments save lives and reduce self-harm. Contrary to what was put forward by Senator Hanson, the common belief that children can access invasive medical treatment is not true.”

But it is simply a lie that minors can’t access such treatments. It is deceptive of Pratt to imply that she supports a lack of access by children to these procedures.

The fact is it is Labor policy (page 140, paragraphs 4 & 6) to provide taxpayer-funded sex change operations for “young people”. A journalist doing their job would ask if this wording in the ALP’s national platform taken to the last election includes minors.

Dr Michelle Telfer of the child gender clinic at Melbourne’s Royal Children’s Hospital is crystal clear about what she sees as a need for more taxpayer funding to perform double mastectomies on girls under the age of 18.

When politicians pose for selfies with drag queens, they are supporting an ideology which is enabling a mass experiment on children, the harmful consequences of which are just starting to emerge.

Family First is shining a light on the harmful practices of child gender clinics through an online campaign calling on the Albanese Government to close the gender clinics. If you have not yet signed the petition, please do so and please encourage your friends to do the same.