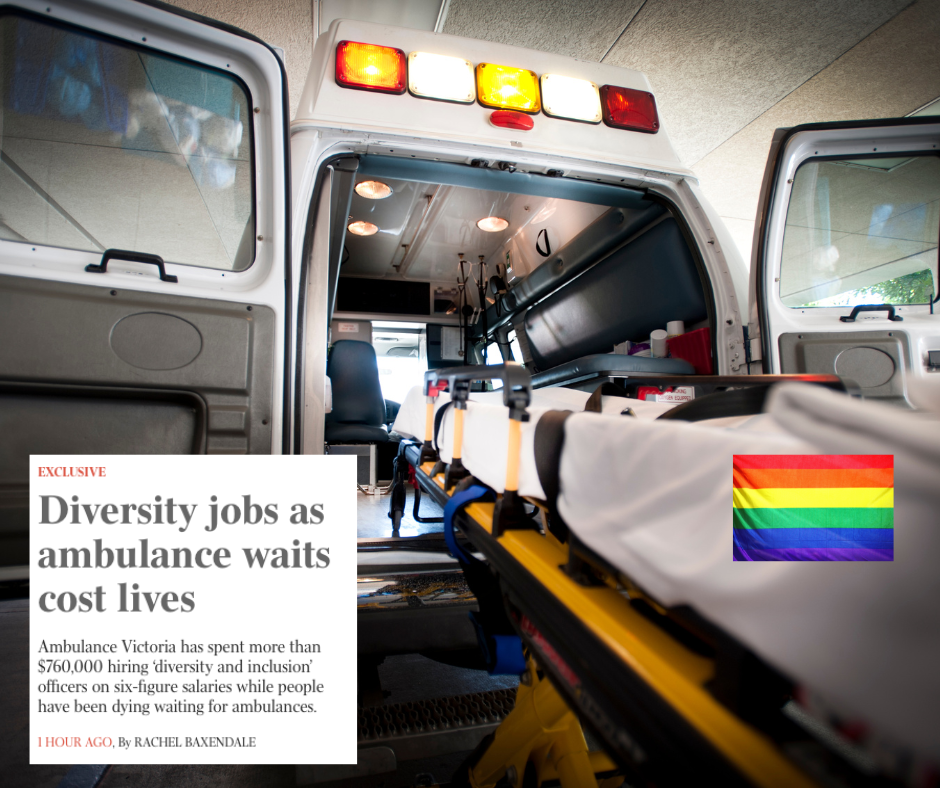 Woke has gone beyond a joke and turned deadly in Victoria.

As 33 people died waiting for Ambulances, the government was spending $760,000 on “diversity and inclusion” officers, the Australian reports tonight.

Bella d’Abrera, from the Institute for Public Affairs told the Australian that the money could have hired 10 call takers.

Despite knowing for four weeks of the deaths, The Daniel Andrews’ government chose last Saturday morning in the middle of footy finals to bury the news.

Today Andrews said his child was sick on Sunday which meant he couldn’t front the media.

But of course, that disingenuous attempted tug at the heartstrings didn’t explain why he couldn’t have fronted the media weeks before his child got sick.

Adding to the scandal is tonight’s news.

Commissioner Ro Allen claimed there was a toxic culture in Ambulance Victoria which favoured white males.

Bella d’Abrera said the government and Ambulance Victoria had “fully embraced the woke agenda to the detriment of Victorians’ lives”.

“It’s unforgivable that at least 10 extra call takers could have been hired with the amount of money that the government spent on obscure theories about gender, power and race,” she said.

Action: join the political party that does what the others don’t – put your Family First today.