We should support the Iranian protestors, expel Iranian ambassador 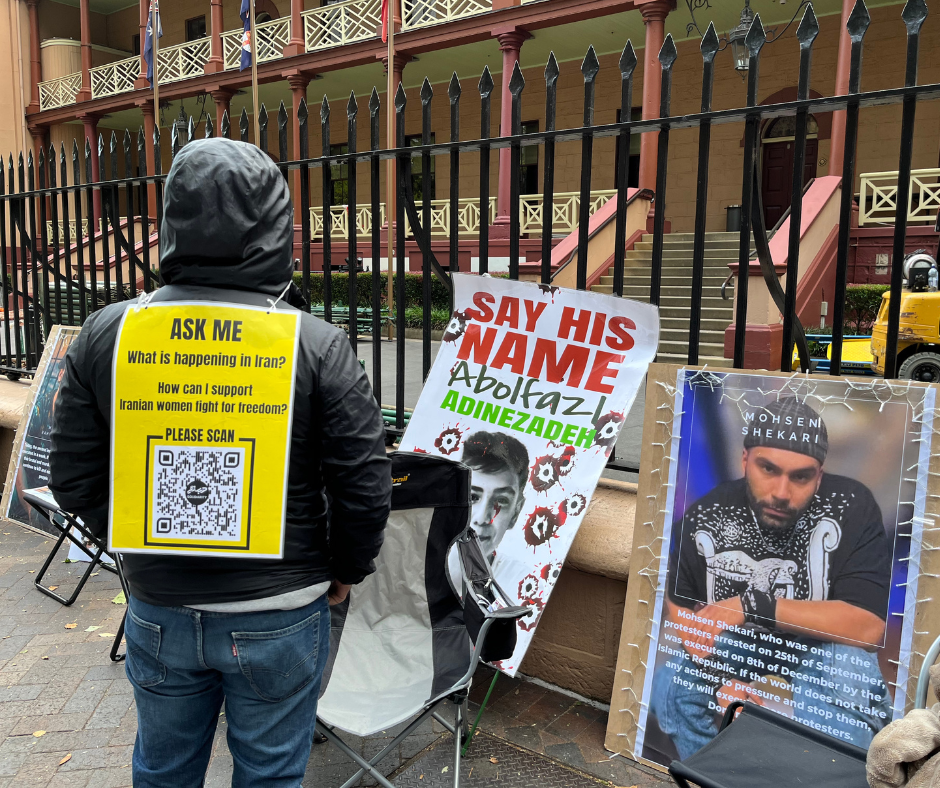 Earlier this week as I arrived to film a video outside the New South Wales Parliament in Macquarie Street, Sydney, I was approached by Iranian Australians holding a week-long vigil.

They explained to me the killings, show trials and persecution of their friends and family back in Iran.

I offered to do a video interview to show solidarity but “Ryan” said it would not be safe for his family if he appeared on camera in Australia.

He pointed me to the freeiran.com.au website which quotes 350 people killed extrajudicially, 1000 public show trials and 14,000 arrests.

Many of those targeted have been women rebelling against Iran’s strict “morality police” who enforce the compulsory wearing of oppressive religious headwear.

The protests were sparked by the death in custody of 22-year-old woman Masha Amini.

Iran is a rogue state. Its mad Mullahs want a nuclear bomb and they want to destroy Israel.

It’s not just Jews and Christians they hate, they are also involved in wars and proxy wars against their fellow Islamists in the Middle East, such as Saudi Arabia.

Yet Iran’s Persian people simply want to live free and many are taking great risks to highlight this desire to the world.

They need our support and solidarity.

The Albanese Government should expel the Iranian Ambassador and we should devise a generous humanitarian intake for persecuted Iranians, weighted in favour of women seeking to be free of Sharia Law.

Moderate Muslim leaders in Australia should be joined by Christian leaders in condemning the regime and calling upon it to allow freedom of religion and democracy.