We owe it to girls and women to be clear  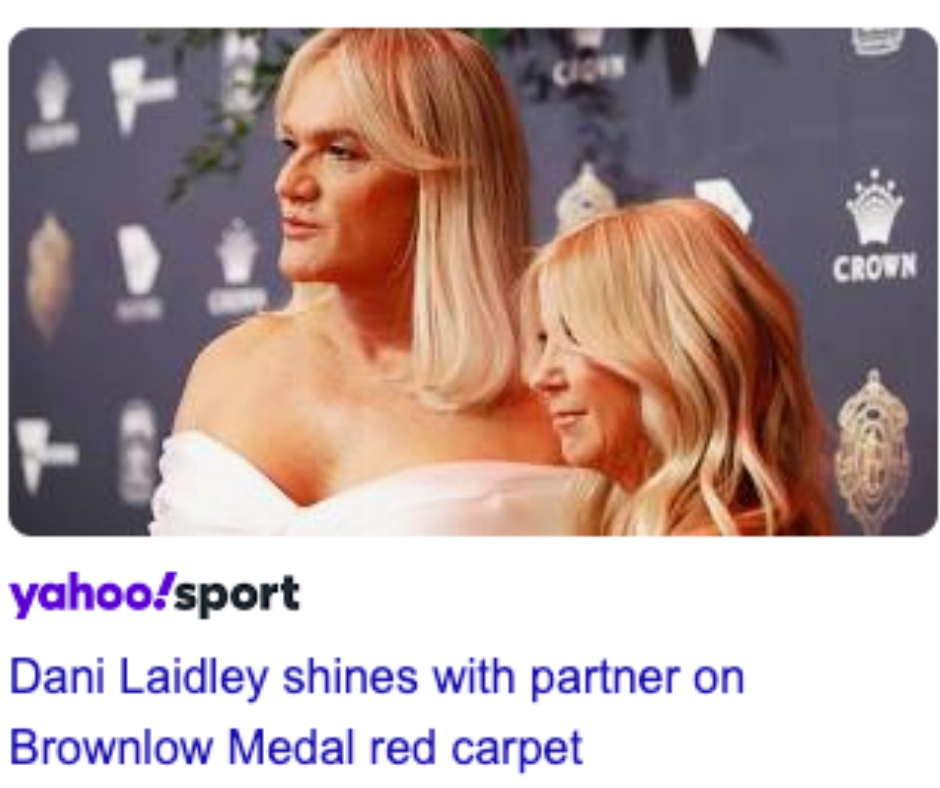 The trauma and anguish that led former AFL great Dean Laidley to feel like he was a woman trapped in a man’s body is obviously real.

Dean, who is now known as Dani, deserves support and empathy.

But that doesn’t mean the rest of society should have to participate in a pantomime and pretend something is that manifestly is not.

Laidley’s debut on the red carpet at last night’s Brownlow had the media playing along.

In changing his identity to Dani, Dean might have appropriated womanhood but nothing he has done, including taking hormones to grow breasts, can make him a woman.

As an adult, Dean is welcome to dress as a woman and be called Dani.

However, Dani’s actions are not without consequence. They demean other women and confuse children.

This confusion is reinforced by an aggressive LGBTIQA+ political movement which has infiltrated schools everywhere with gender-fluid ideology through the likes of “wear it purple” days and other programs.

Dani’s example is not without consequence for vulnerable young people who may head down a path of irreversible puberty blockers, cross sex hormones and even surgery.

It’s one thing for 55-year-old Dani to try these things as an adult, years after a successful career as a male player and coach.

It’s another for a child to see Dani on the Brownlow red carpet and book an appointment at a gender clinic.

In Victoria anyone who tries to talk a child out of irreversible gender treatment can be jailed, even if the child asks for help.

More broadly, women are entitled to dignity, respect and to the sanctity of private spaces such as toilets and change rooms.

As a society we can and should show love and respect to the Dani’s of this world.

But that needs to be balanced with protecting the rights of women and girls and consideration for the impact on children.Action: Family First is fighting for the values of Australian families. Join the movement, sign up today.