To the end, Cardinal Pell urged Christians to “use their votes” 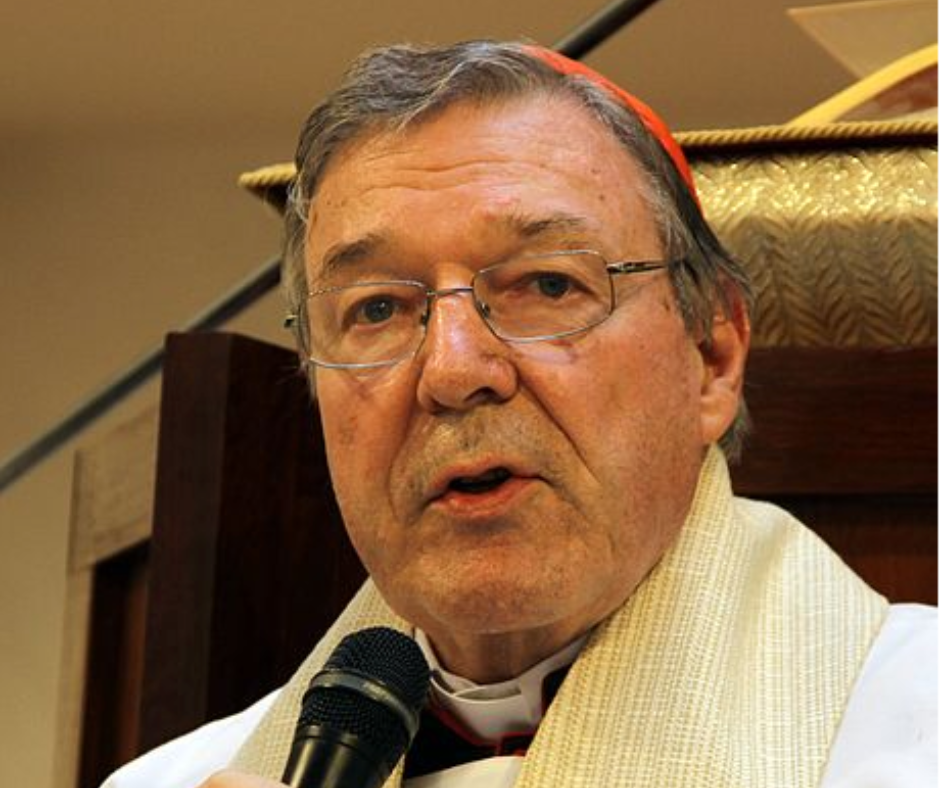 In his last television interview, Cardinal George Pell was asked why he was targeted and jailed for child sex abuse before being exonerated by the High Court.

“Certainly people do not like Christians who teach Christianity, especially on life, family and issues like that. They get very, very cross.

“There is a systematic attempt to remove the Judeo-Christian legal foundation. The examples are marriage, life, gender, sex.”

Cardinal Pell passed away in the early hours of this morning. He suffered a cardiac arrest following complications from hip replacement surgery in Rome.

To the end, Pell faithfully fought the culture wars which so many deny exist.

He was a true believer in Christ, the Catholic Church and in truth.

Despite spending 404 days in Victorian jails for crimes he did not commit, he acquitted himself with stoic grace and dignity.

I had the privilege of hearing him speak at a fundraising dinner for Campion College in Sydney last August where he shared the platform with former Prime Minister John Howard.

Opposition Leader Peter Dutton was seated just in front of the podium as Pell gave a sobering but optimistic talk on the state of modern Australia.

He spared neither side of politics for capitulating to woke ideology.

“It was under a federal Liberal government (the Morrison Government) that official forms replaced the term ‘mother’ and ‘father’ with ‘birth persons’.

“I have been surprised by the exuberance of so many woke activists in the Coalition parties,” Pell told the dinner.

“I did not anticipate such a rapid collapse.”

Despite the passing of six months, there is little to indicate Dutton was paying attention that night.

The Cardinal also didn’t spare Labor, calling it out for making the position of social conservatives untenable.

“I had spoken with a succession of the Labor leaders about the importance of maintaining a situation where pro-life and pro-family candidates could still be endorsed.”

He urged all “gospel Christians”, Catholic and non-Catholic alike, to use their votes.

“The anti-Christian forces on both sides of politics will only be tamed down when they are shown Christians have votes, which they will sometimes use.”

He said the two major parties don’t differ much, especially on non-economic issues.

“This is the context for the taming of social conservatives, exemplified in the NSW parliament, where the main parties are led by two good men (Dominic Perrottet and Chris Minns), believing, practising Catholics and produced the most draconian euthanasia legislation in Australia.

“Despite all this, I am not an ecclesiastical Tim Flannery predicting religious collapse, complete disaster in the next decade or so.

“(But) if the situation is not to worsen, not only Christians, but all those who value our Western way of life need to ‘have a go’.

“Every society to avoid going backwards needs social conservatives from across the spectrum to transmit to the young what is worthwhile from the past.

“Youngsters need to be shown there are moral truths of right and wrong, which we do not invent, just as there are truths of maths, physics, ecology and public health.

“Society needs to understand that behind evolution is the Creator God, who is not only rational, stupendously intelligent, but good, kind and interested in us.

“Our society needs to remember that we believe in free speech, because we believe in truth; that things can be known as they are, however imperfectly.

“The more powerful tribe simply (simply) decides and imposes its solution by force.

“The culture wars continue and while our losses are considerable, the field has not been lost.

“The many victims of the chaos will be increasingly open to our message.”

Vale Cardinal Pell. Those of us in the trenches of the culture wars will miss you.