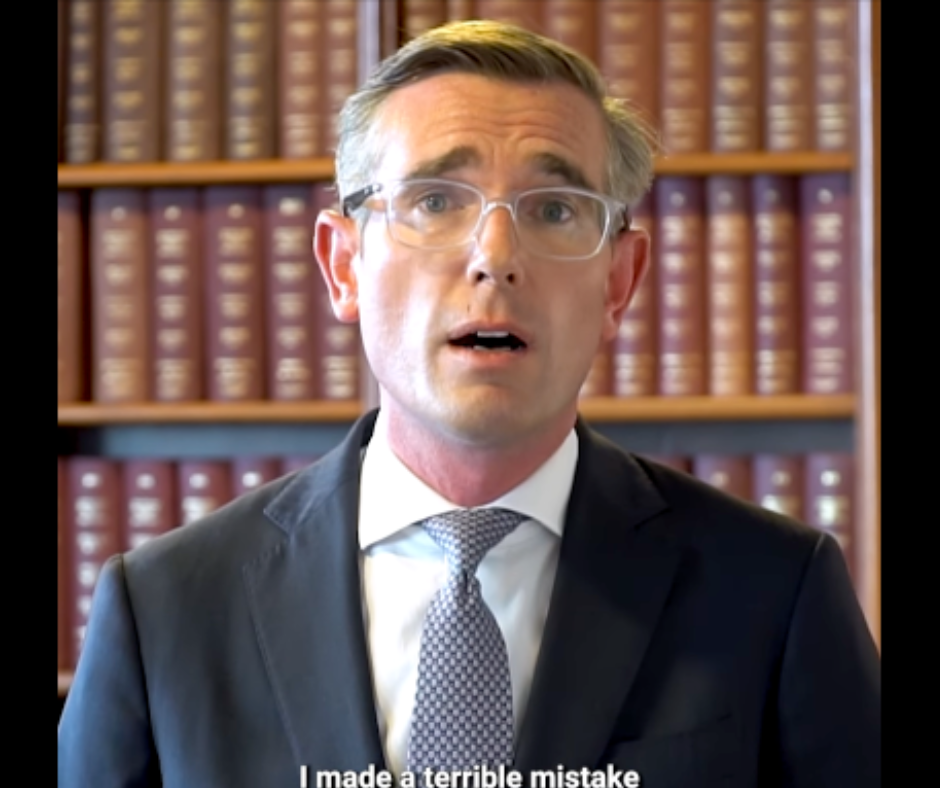 Dominic Perrottet’s biggest problem is not that he wore a Nazi costume to his 21st, it is his enemies within the Liberal party who are undermining his leadership 71 days from the election.

The New South Wales Premier has rightly apologised and the Jewish community has accepted.

Dr Adler went on to say the Jewish faith teaches forgiveness and that the AJA saw the incident as “of no relevance to the present”.

But cancel culture is unforgiving.

The running media commentary and wild speculation about Perrottet’s leadership makes any of us who watched Hogan’s Heroes feel guilty.

The Jewish community is right to be vigilant in reminding the world of the evil of National Socialism, an ideology that killed 51 million people including 6 million Jews in the Holocaust crafted to murder their entire race.

To leverage this vigilance and weaponise it against one’s own party leader surely is far more egregious than a youthful brain snap.

But this is where the Liberals, once the last great hope of family-minded voters, have come to.

Instead of fending off this low attack on his leadership, he should be working to make amends with conservatives for the Liberals’ role in shepherding through abortion-to-birth laws and what the late Cardinal Pell described as “the most draconian euthanasia legislation in Australia”.

He should be explaining what the Liberals will do to get gender fluid ideology out of schools and protect children from harmful gender clinics.

He should be explaining how his government plans to keep the lights on when the Liddell  power station closes in April because of Liberals’ net zero policies. Instead, the Liberals are using one of the evillest episodes of history to de-stablise their leader.