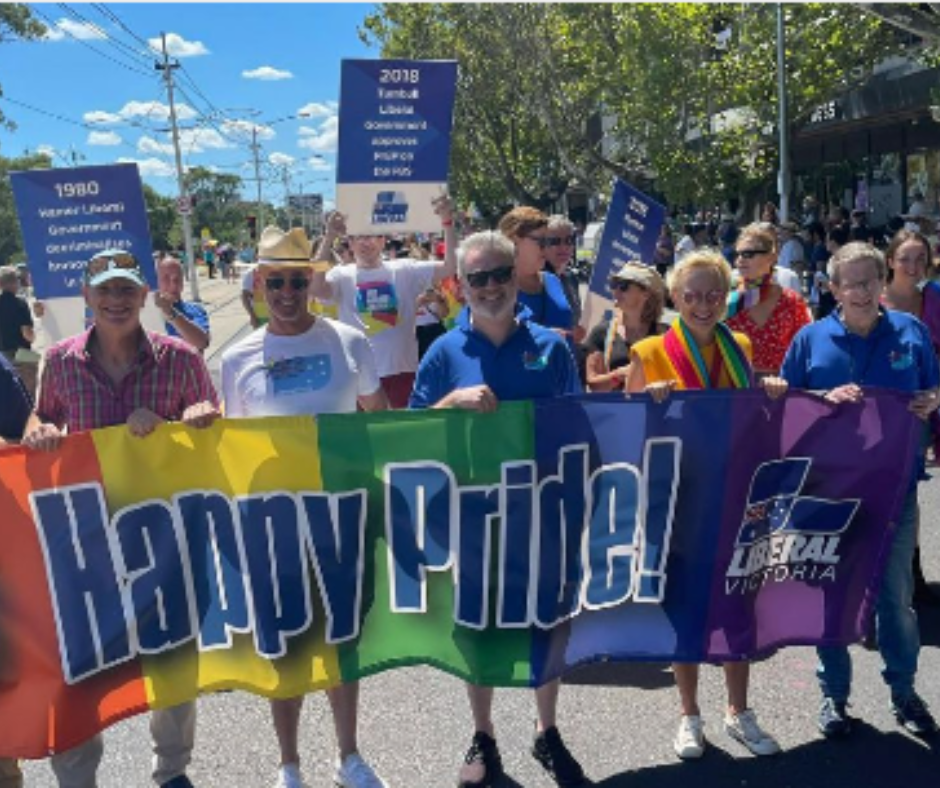 In a move which threatens the freedom of speech and religion of every Victorian, Liberal leader Matthew Guy has pledged taxpayer money for two full-time lawyers based at the taxpayer-funded LGBTIQA+ Pride Centre in St Kilda.

If the Liberals win government, these lawyers will be publicly resourced to prosecute people they think are in breach of Victoria’s oppressive “equal opportunity” and “conversion therapy” laws.

The lawyers will target religious schools who wish to uphold their Christian or Muslim ethos on marriage or gender, something now illegal in Victoria.

They will be used to run “vilification” cases against people who do not agree with forced speech codes relating to transgender pronouns.

A teacher in Ireland, Enoch Burke, was jailed this week for refusing to call a boy a girl.

Anyone who thinks this won’t happen here is not paying attention to the global rainbow political movement.

The Pride Centre lawyers, backed up by a potential Liberal government’s taxpayer-funded administration staff (also part of Guy’s election promise), will be able to seek out Victoria’s Enoch Burkes and drag them before the Equal Opportunity and Human Rights Commission.

As someone who is being sued by LGBTIQA+ activists backed by the taxpayer-funded LGBTQ Legal Service in Brisbane, I’ve seen first-hand the leg up one class of Australians gets over others.

The shock is that the party of Menzies and Howard would commit taxpayer money to empower litigation against people because of their views on marriage and gender.

Family First will be running candidates at the November 26 Victorian election who will fight for freedom of speech and freedom of religion.

If you are considering voting Liberal, ask your candidate if they will fight to overturn Matthew Guy’s pledge to fund rainbow activist lawyers.

Don’t vote for a candidate who doesn’t answer with an unequivocal yes.

Join the party that puts your Australian family values first. Sign up today.