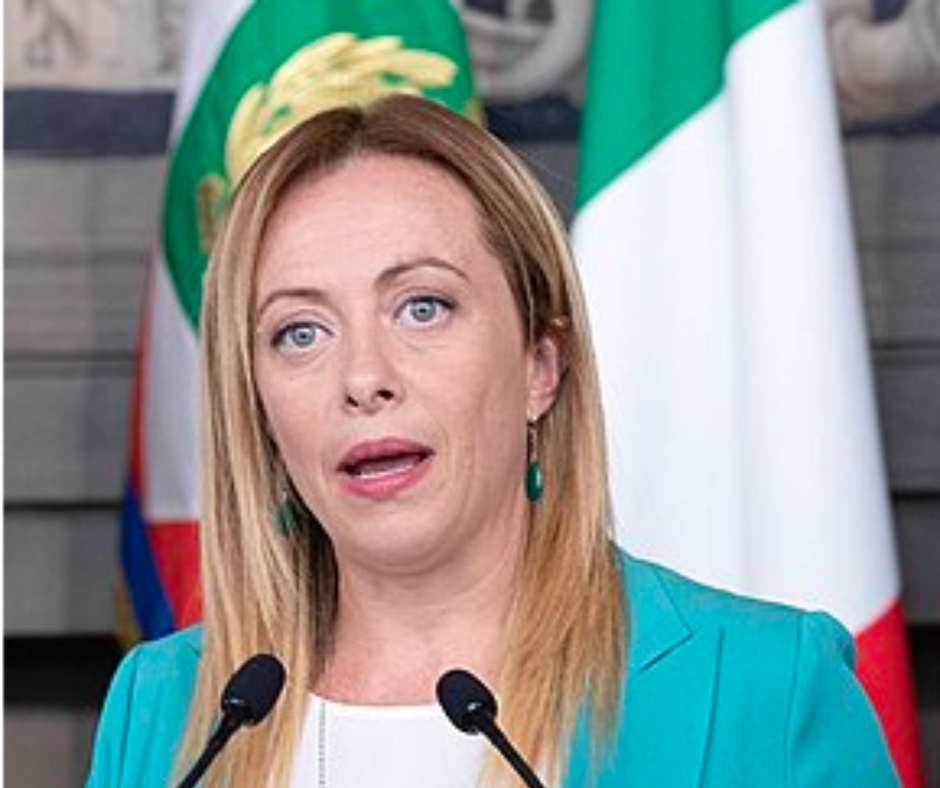 When our media and elites smear someone as “far right” or “fascist” it generally means they are mainstream.

But the more they try to demonise and cancel pro-family, pro-biological gender and pro-free speech politicians, the more they win.

So it is with the new Italian Prime Minister Giorgia Meloni.

She won yesterday on a platform of supporting the natural family, stopping illegal immigration, human rights for the unborn and less European Union control of her country.

Elites hate her for this but voters don’t.

Here are some of the “extreme” things she has said, which are going viral on social media.

This video was at an event recently where she called out the Left’s animus towards the natural family.

Because it defines us. It defines our identity.

Because everything that defines us is now an enemy for those who would no longer like us to have an identity and simply be perfect consumer slaves.

They attack gender identity and they attack family identity.

I can’t define myself as Italian, Christian, woman, mother. No.

Because when I am only a number, when I no longer have identity or roots then I will be the perfect slave at the mercy of the financial speculators.

That’s the reason why … that’s why we inspire so much fear.

Because we do not want to be numbers. We will defend the value of the human being.

Every human being has a unique genetic code that is unrepeatable.

And like it or not that is sacred. We will defend it.

We will defend God, country and family.

And like it or not, that is sacred. We will defend it.

Those things that disgust people so much.

We will do it to defend our freedom because we will never be slaves and simple consumers at the mercy of financial speculators.”

At another event at an outdoor campaign rally she again defended the natural family and the rights of children.

It’s the game of the single thought. They have to take away everything we are because when we won’t have an identity and roots anymore we won’t have awareness, we will be unable to defend our rights.

But we are not codes, we are people and we will defend our identity.

I am Giorgia, I am woman, I am a mother, I am a woman I am a Christian. You won’t take it from me.

I’m ashamed of a state that doesn’t do anything for families.

I want to say that I don’t believe in a state that places the desire of … legitimate desire of a homosexual to adopt a child before the right of that child to have a father and a mother just because the homosexual votes and the child doesn’t.

A fair state cares for the weakest of the one who cannot defend himself.”

To raise courageous voices like Giorgia Meloni in Australian parliaments is why Family First exists.

Around the world leaders who stand for family faith and freedom are rising up. Not only are they standing, they are winning.

There is a conservative government in Poland (constantly at war with the woke EU) and Hungry (unfortunately pro-Putin in Ukraine).

Trump Republicans are taking over the party and the party should do very well in the mid-terms.

Even in Australia, despite the unpopularity of Scott Morrison, Labor only just scrapped in.

The tide is turning. History is coming our way. Now is the time to stand up and take action to return our country to a sensible future.

Do whatever you can to change our country for the better but do something. Now is not the time to hide in fear or freeze from uncertainty. Victory can and will be won but not without you.