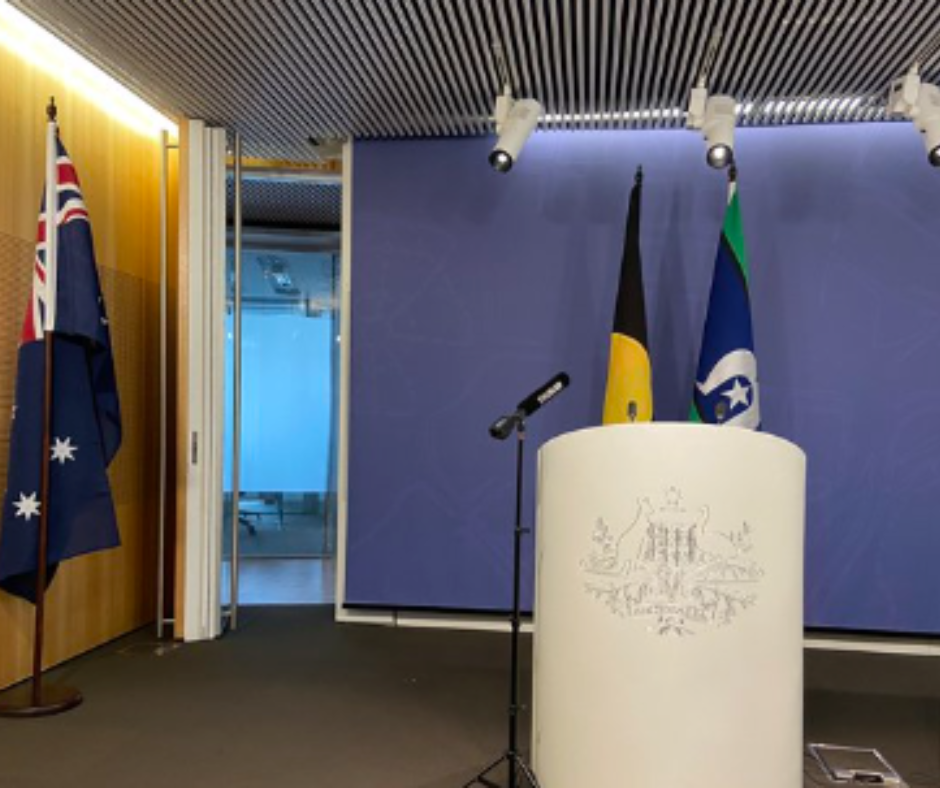 If Australians regardless of racial, ethnic or religious background can’t unite under our flag, can we really call ourselves a nation?

It seems nationhood is the very idea Greens Leader Adam Bandt is trying to undermine.

He said the Australian flag, which indigenous and non-indigenous soldiers served and died under, is a symbol of pain and dispossession.

At a media conference this week he was caught intentionally keeping it well out of camera shot, leaving only the Aboriginal and Torres Straight Islander flags in frame.

This is an insult to all Australians.

Bandt is a member of the Australian Parliament. His salary, staff, travel and office expenses are funded by the Australian taxpayers the flag represents yet despises our flag and he wants Australians to feel shame about their nation.

That is a recipe for chaos, especially for a nation which, despite its flaws, is one of the freest and most just places on the planet for indigenous people.

The Australian national flag represents our British founding, which despite its imperfections, treated indigenous people far better than comparable French and Spanish colonisers of the day.

Just ask the Congolese what they think of the Belgians.

The flag also encapsulates the Southern Cross, revered by indigenous people for millennia.

British Common Law gave all people, black and white, the concept of equality under the law which led to white men being hanged for killing Aboriginal people at Myall Creek.

That was unheard of in colonies ruled by other European nations.

British law, culture and the Christian religion also meant Australian society had inbuilt the mechanisms to address wrongs of the past and right them, something we continue to do to this day.

The Mabo land rights judgement, the apology to the stolen generations and generous welfare for disadvantaged indigenous people are all reasons to be proud of Australia and its flag.

Freedom and a fair go for all is why people from all over the world will go to extraordinary lengths for a better life here.

A nation was always going to be founded on the Australian continent and a flag flown.

The Australian national flag is a symbol of freedom including for indigenous people who are free to have a flag of their own and criticise their government.

Adam Bandt is simply trying to sow discord and de-legitimise the concept of modern Australia and our democracy.

If our democracy is not legitimate, what replaces it? Bandt won’t say but like many on the radical Left, anything but our Western inheritance will do.

With our good will and help that is a problem indigenous leaders can solve but no amount of flag shaming can help.

Hiding the Australian national flag at a press conference, or spending $25 million to have the Aboriginal flag flown permanently from the Sydney Harbour Bridge, obscure the real issues blighting indigenous women and children.